To get early access to special offers, events, and more.

Takayama invites you to an intimate epicurean encounter steeped in the tradition of fine Japanese cuisine. Indulge in a multi-course menu that celebrates seasonal ingredients at the peak of their flavours, as Executive Chef Taro Takayama and his team curate every dish to exquisite perfection right before your eyes.

At the heart of dining at Takayama is the spirit of omotenashi, or wholehearted Japanese hospitality, graciously delivered in the elegant ambience of this exclusive kappo-style restaurant cocooned in the midst of Singapore’s Central Business District.

Chef Taro Takayama is a native of Wakayama, near Osaka, home to extraordinary scenic beauty and some of Japan’s best ramen. His passion for Japanese cuisine took root here, and in the comforting taste of childhood dishes that is deeply etched in his memory.

Chef Taro began his career at three-star Michelin restaurants in Osaka, namely Kashiwaya in Senriyama, and Koryu in Kitashinchi. In 2013, a mere eight years since making the decision to pursue his culinary calling, he was appointed Master Chef at the residence of the Japanese Ambassador to Singapore. It was a coveted assignment that saw him serve up his creations to celebrities and dignitaries, including Japan’s Crowne Prince Naruhito and Prime Minister Shinzo Abe.

Having developed a deep appreciation for Singapore’s cultural diversity and local cuisine, Chef Taro stayed on in Singapore and went on to become Chef de Cuisine at Mandarin Orchard Singapore.

At Takayama, he continues to delight diners with his culinary artisanry that celebrates the authentic flavours and meticulous simplicity of Japanese food at its finest.

“From the sight, sound and smell of every ingredient coming to life, to the exuberance of chefs lavishing attention on every artful creation, be regaled by culinary craft and theatre coming together in perfect balance for an exceptional dining experience.”

The menu at Takayama pays homage to the food culture in Osaka, which came to be known during the Edo period as "the kitchen of the world" and where people, to this day, take great pride in their local cuisine.

Inspired by the four seasons of Japan, our menu and cooking styles are dictated by the freshest ingredients in season. Our signature dish, Monaka + Foie Gras, is the ultimate celebration of this inspiration. Beverages, too, are curated with the seasons in mind to complement the cuisine at Takayama.

From the sight, sound and smell of every ingredient coming to life, to the exuberance of chefs lavishing attention on every artful creation, be regaled by culinary craft and theatre coming together in perfect balance for an exceptional dining experience. 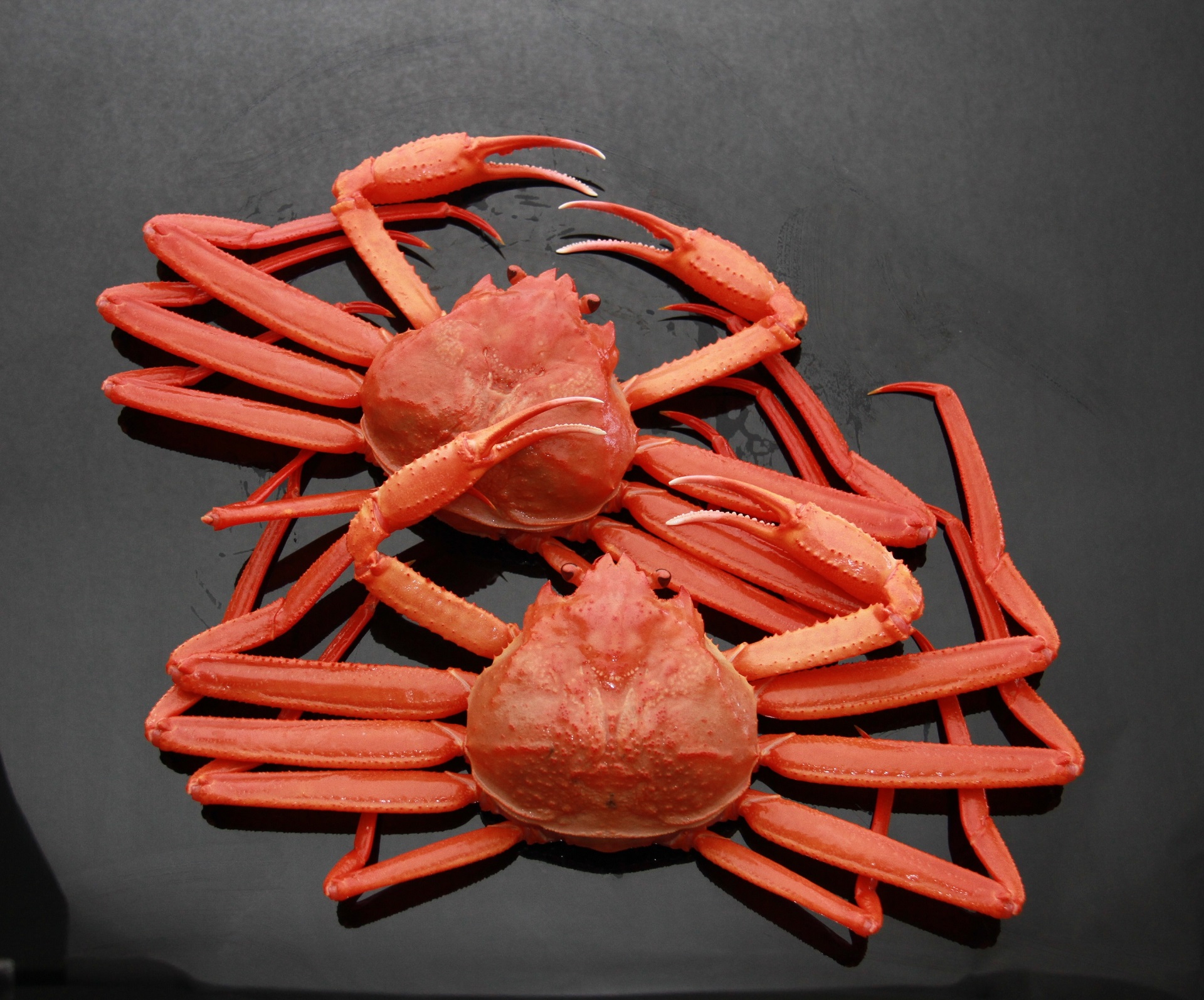 Located in the west of Honshu Island in Japan, the Tottori Prefecture is famous for the harvest of snow crabs that are plump, and packed with natural sweetness.

Capture the best of the season with us at Takayama. 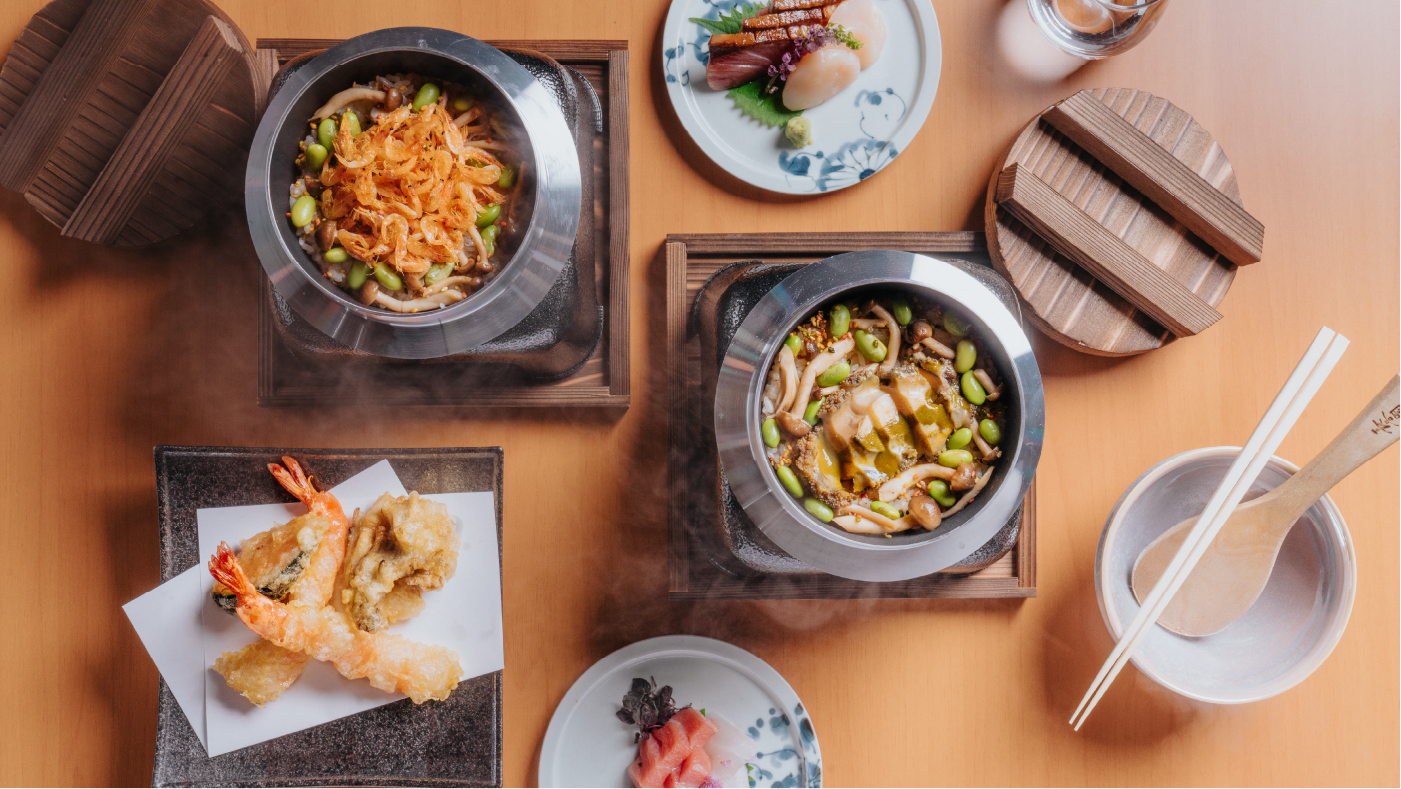 We are proud to present Hanare by Takayama, a new concept by Chef Taro Takayama. In his second home, he pays homage to Japanese comfort cooking. The spotlight shines on the Kamameshi- a Japanese rice dish with an assortment of premium ingredients, cooked in a traditional iron pot.

To maintain the quality of our ingredients that are freshly procured from Japan, we seek your understanding that there will be a deposit of $200/guest for reservations which will only be on hold for authorisation purposes. In the event of no-show, a change on date, smaller party size, or cancellations within 72 hours of the reservation, the deposit will not be refunded.

We seek your kind understanding that seafood, shellfish and soy are predominant ingredients in all our meals, we regret to inform you that we will be unable to provide gluten-free, vegetarian/ vegan meals or non-seafood options.
For any other dietary requests, please inform us at the point of your reservation. Thank you.